Both cardboard and plastic are highly popular materials used in the packing industry. The use of paper and the subsequent development of cardboard for storage has a long-standing history with corrugated cardboard remaining a universally popular form of packaging.

Plastic, however, has a relatively more recent history, the birth of the modern-day synthetic plastics era is usually attributed to Leo Baekeland. The Belgian born American created the first polymer made from phenol and formaldehyde – this invention paved the way for the creation of numerous other types of synthetic plastics, but it wasn’t until the 1960s and 1970s that the use of plastic really took off.

Over the past couple of decades, plastic has been a highly popular choice of packaging for numerous brands. It is inexpensive, easily mass-produced, readily accessible, can be moulded into just about any shape and boasts astonishingly durable qualities – apparently lasting forever. The latter advantage has of course also turned out to be plastic’s greatest disadvantage – a non-biodegradable material destined to remain on the planet for as long as thousands of years.

To understand the difference between these two forms of packaging it is worth considering the journey of their raw materials.

Cardboard is composed of paper which comes from timber – a renewable source. Corrugated cardboard is constructed from three layers of paper, an outer and inner layer with the third sheet ruffled into waves – known as fluting, sitting in between the two. A high proportion of the fibres used to make this paper in the UK (approximately 70%), derive from paper collected for recycling, with the remaining 30% from virgin wood fibre often from birch or pine pulp, this often includes residues left over from other processes such as forest thinnings and sawmill residues.

Plastic has a very different manufacturing process – it is essentially made from fossil fuels – a non-renewable source. In a simplified summary, it involves the chemical bonding of oil and gas molecules, which are then heated and moulded into various forms such as bottles, packaging and bags amongst a whole host of other materials for use in packaging and other industries.

Advantages of Cardboard Over Plastic

Arguably one of the greatest advantages offered by cardboard, is that it is easily recyclable and enjoys a high recycle rate here in the UK. Paper and cardboard collected for recycling are often sent to mills where they are broken down into pulp and reprocessed to make new cardboard, both in the UK and abroad. This helps to minimise waste sent to landfills or for incineration, providing a more environmentally friendly option of packaging.

Plastic on the other hand, is often technically recyclable, however, the facilities needed to recycle it are not always available. Although a lot of plastic packaging displays a recyclable label – the problem is that the process is expensive and complicated. According to a 2017 Science Advances study “of the 8.3bn tonnes of virgin plastic produced worldwide, only 9% has been recycled. Until recent times, there was little emphasis put on the environmental impacts caused by the use of plastic – however, a growing awareness and recent government initiatives attempting to combat wasted plastic, have changed this. In January 2018, Theresa May announced that the UK government intended to end the production of avoidable plastic waste.

Outstanding protection is offered by corrugated cardboard, it has the ability to cushion products, whilst at the same time providing high load capabilities, toughness and rigidity.

Excellent product protection can also be offered by plastic, however, depending on the type and mould of the plastic, many are comparatively more difficult to recycle and expensive to produce.

Corrugated cardboard is biodegradable, the time this process takes may vary, depending on a number of factors including the type of cardboard and its state at the beginning of the composition period, as well as the surrounding environment. However, broken down into pieces, soaked and put in the soil, corrugated cardboard may decompose in as little as three months. The process will take considerably longer if packed in a drier, more sterile environment, however prolonged contact with microorganisms will eventually result in decomposition. 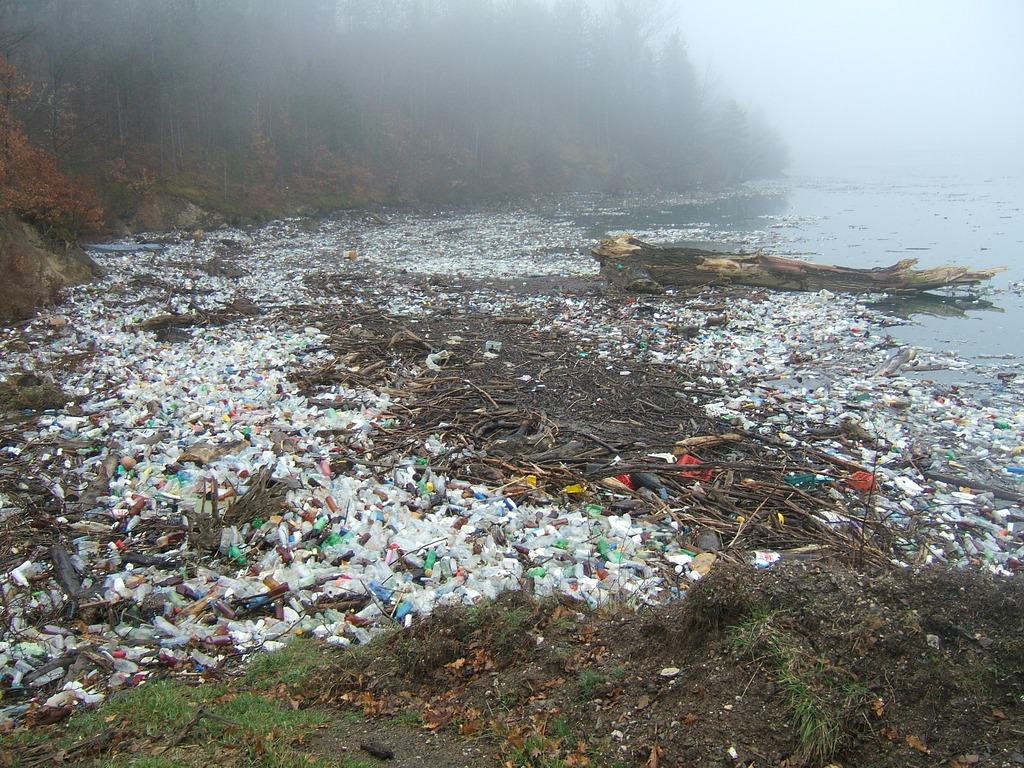 Most types of plastic do not biodegrade and take in some cases, thousands of years to break down. The destiny of unrecycled plastic is either a landfill, the ocean or incineration.

A great deal of single-use plastics, including packaging, ends up in a landfill. Over time the weight of all the other waste compresses the plastic, this compression and the addition of rainwater cause it to break down into smaller pieces. The water-soluble compounds of the plastic and other toxins from the waste, percolate through landfills creating a poisonous liquid known as leachate – this drains or “leaches” from the landfill and seeps into nearby water systems, causing harm to local eco-systems.

Another destination for the world’s unrecycled plastic packaging are the oceans – some of this waste is caused by ocean traffic or littered beaches, however, for the most part it comes from hundreds of miles inland. Lightweight plastic bags and other forms of packaging for example, are blown by the wind from landfills, often ending up in streams and rivers which lead to the sea. Litter in the street, including forms of packaging often end up in the drain, which lead to streams and rivers and again to the ocean.

Such plastics eventually breakdown into microplastics – minute particles which are released into the water system – the world’s oceans are facing devastating consequences caused by unrecycled plastic waste which collect in massive floating garbage patches known as gyres. This waste plastic is consumed by marine life – birds, turtles and fish mistake the brightly coloured pieces of plastic as food, the indigestible plastic fills their stomachs, making them think they are full and causing them to subsequently starve to death. Microplastics are consumed by smaller forms of marine life, this travels up the food chain to larger fish such as tuna which are then fished and consumed by humans.

Many countries are taking measures to encourage manufacturers to take responsibility for the use of sustainable packaging solutions. Cardboard has always been a popular choice of packaging due to its strength, cushioning, protective, flexible and recyclable properties. Whilst the indestructible qualities of plastic packaging cannot be denied, an increasing number of brands are opting for eco-friendly and sustainable packaging to create a positive brand image. Corrugated cardboard is fast becoming the packaging of choice across a wide range of industries from transportation and e-commerce services to the food and drinks industry, to name but a few.

Nuttall Packaging offers a wide range of corrugated packaging solutions – our organisation supports the Corrugated Recycles Campaign. We supply high-quality bespoke packaging in a cost-effective, ethical and environmentally responsible manner, following our Best Practice principals promoted by the UK Sheet Plant Association and embracing the ISO9001:2015 quality standard. Get in touch today to find out how we can help provide packaging solutions to your organisation.

Read More About This Subject

Comments are closed for this article.